New but need some advice

Just got my first f-type Jag, put it in D mode, using the paddles, pulled up to the lights and set off and the dials were flashing white (briefly). Assume I over-revved the engine because I forgot to change up, my own foolish fault. Would I have done any damage to the engine?

Not a glorious start. 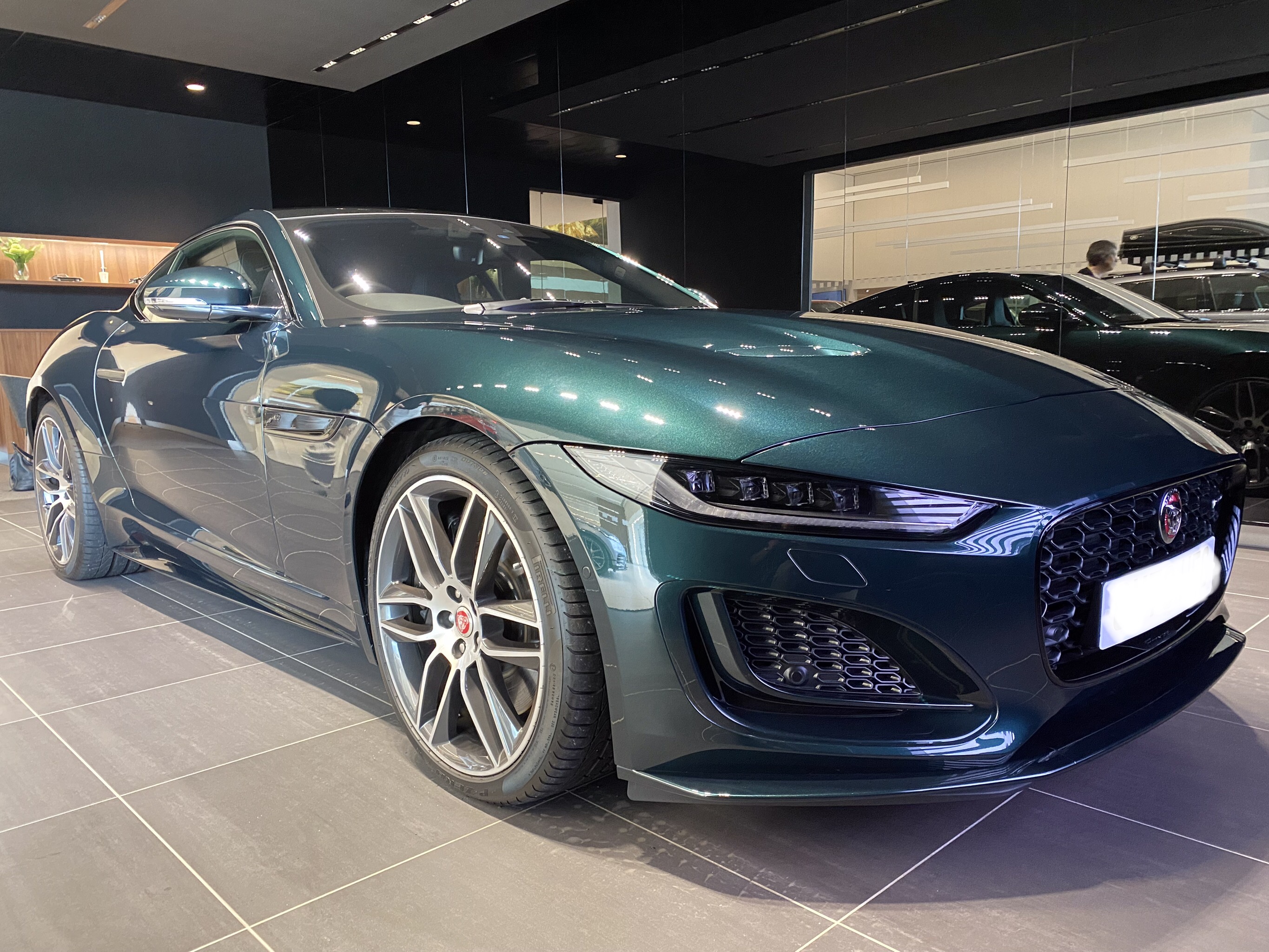 EDIT: Just noticed it's a used car you bought, so depending on the mileage when you picked it up a lot of the following may not apply


Just bear in mind that Jaguar recommend an engine break-in period. From the online user guide:

Engine and road speeds can be increased gradually.
Engine speeds in excess of 5 000 rpm should only be used briefly, e.g., when overtaking.

At all times, not just during the running-in period:


How critical this actually is, I don't know, but I followed it almost to the letter and yes, it was painful!

Congrats on the purchase by the way

When your in manual the display changes to what gear your in. The car also does not auto change up at the limiter (it does auto change down).

On approach to rev limiter the display changes to a white background and upon reaching the limiter it flashes white. This can happen quite quickly in 1st!

When I got my R I couldn't wait to play with the paddles but found myself messing up the gears, going up not down and down not up and then getting completely crossed hands on roundabouts, especially when driving enthusiastically.

I would recommend going into manual mode and using the paddles just when you're cruising around at first to get the feel / knack. It soon becomes second nature and the preffered driving method. When I've let friends "have a go" they also mess up trying to do manual changes. It takes a few weeks to become completely natural.

However, it is essential to master for the best pop and bangs.
2014 Coupe 5.0R RWD
White
Herts
Top

In S you can use the stick to shift, back for up and forward for down.
MY18 F-Type V8 R AWD in Glacier White
Lots of leather and toys, and loads of noise!
Top

Not sure why you bother with manual paddles it is a Jaguar! History would point to that auto is the way to go! The cars brain is better at changing gear and never messes up....
Black AWD 400, sport
MY 18.5
Pan Roof
Heated front screen
Front parking sensors
Full spare
Top

I've generally only use the paddles to change up early in sport/dynamic, to get the crack from the exhaust on the upchange. Other than that I leave the auto to do its thing.
2019 SVR Coupe, Velocity Blue
Previous 2015 V6 340 Coupe IRR
Top

I someimes use the right one to force a higher gear when I've been er, driving spiritedly, and the car thinks I'm going to keep doing that. I select the highest gear it's happy with and then revert to auto - it'll take the hint until I floor the throttle again.
MY18 F-Type V8 R AWD in Glacier White
Lots of leather and toys, and loads of noise!
Top

Auto for me nearly all the time but I do paddle down a gear or two if I need to get past someone rapidly.
F-Type R Coupe Firenze (Italian Racing Red) AWD
Top
Post Reply
10 posts • Page 1 of 1