I have had the car now for a little less than 2 months, and whilst I like the all-black look, I wanted to personalise the car a little bit with a few subtle details (in contrast to my previous car, where I went all out... don't regret, just too much money down the drain hehe)

So the car went to DUB Customs in Basildon, Dan and Shaun who run the shop are genuinely good guys and have worked on all my previous cars, always leaving me impressed and always come up with some good ideas! (no affiliation, just a happy customer!)

At the same time, Stuart from F1 WAX did a full paint correction (if you had read any of my previous post, the paint was not in good shape despite the low mileage). Finally, he put CQUK ceramic coating on, including the wheels. Very shiny car now!

Enough text, here are some pics. 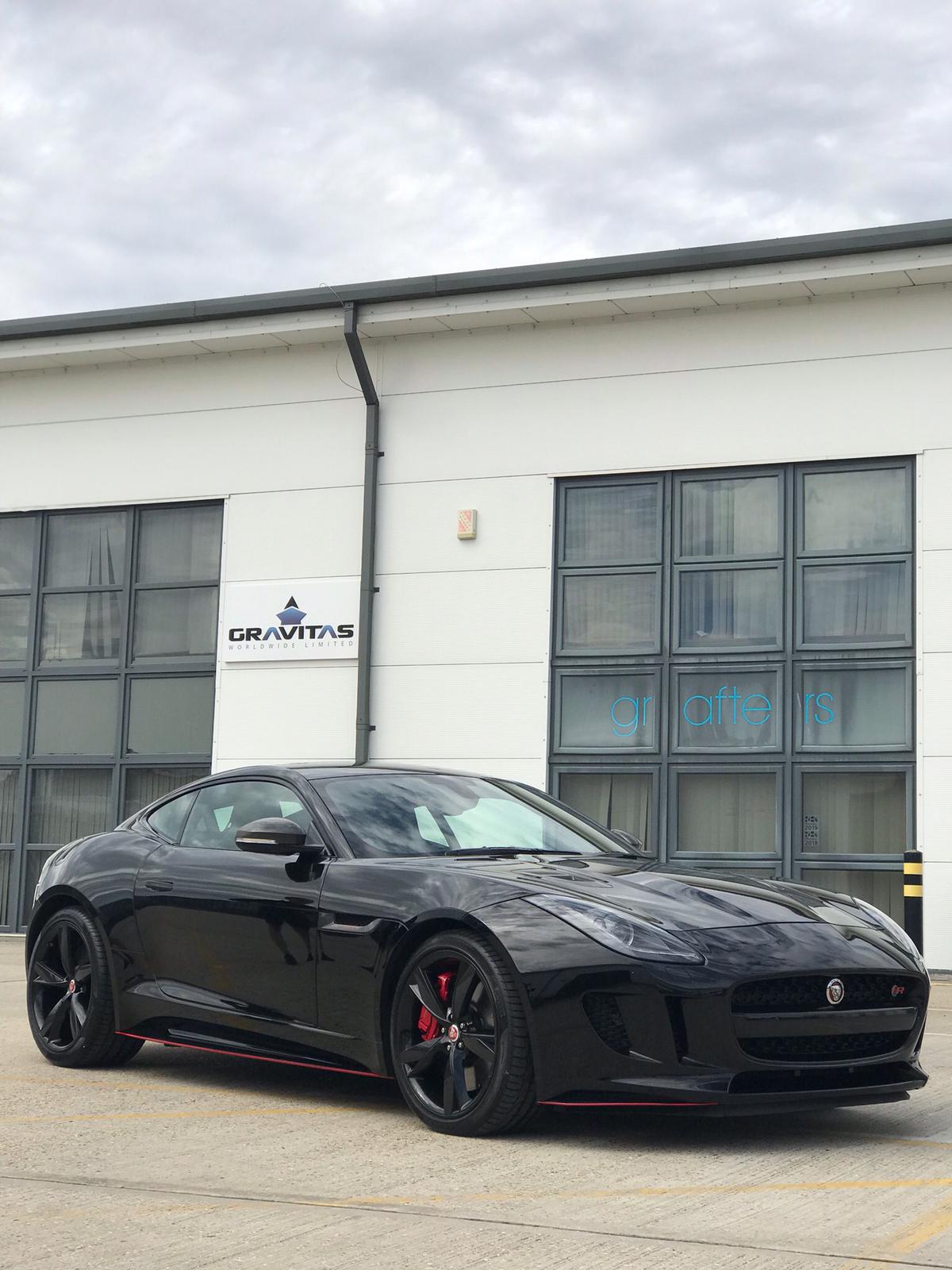 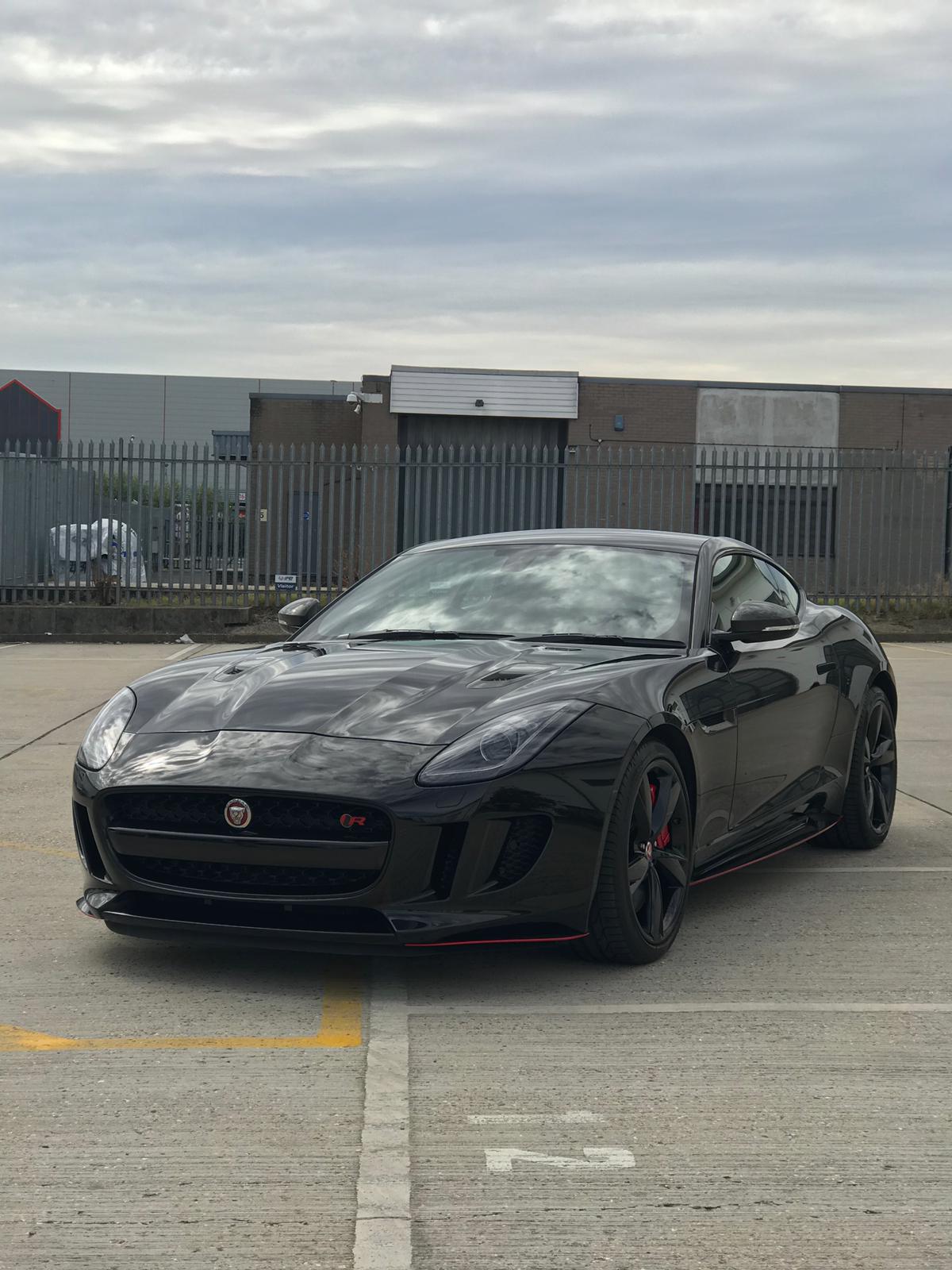 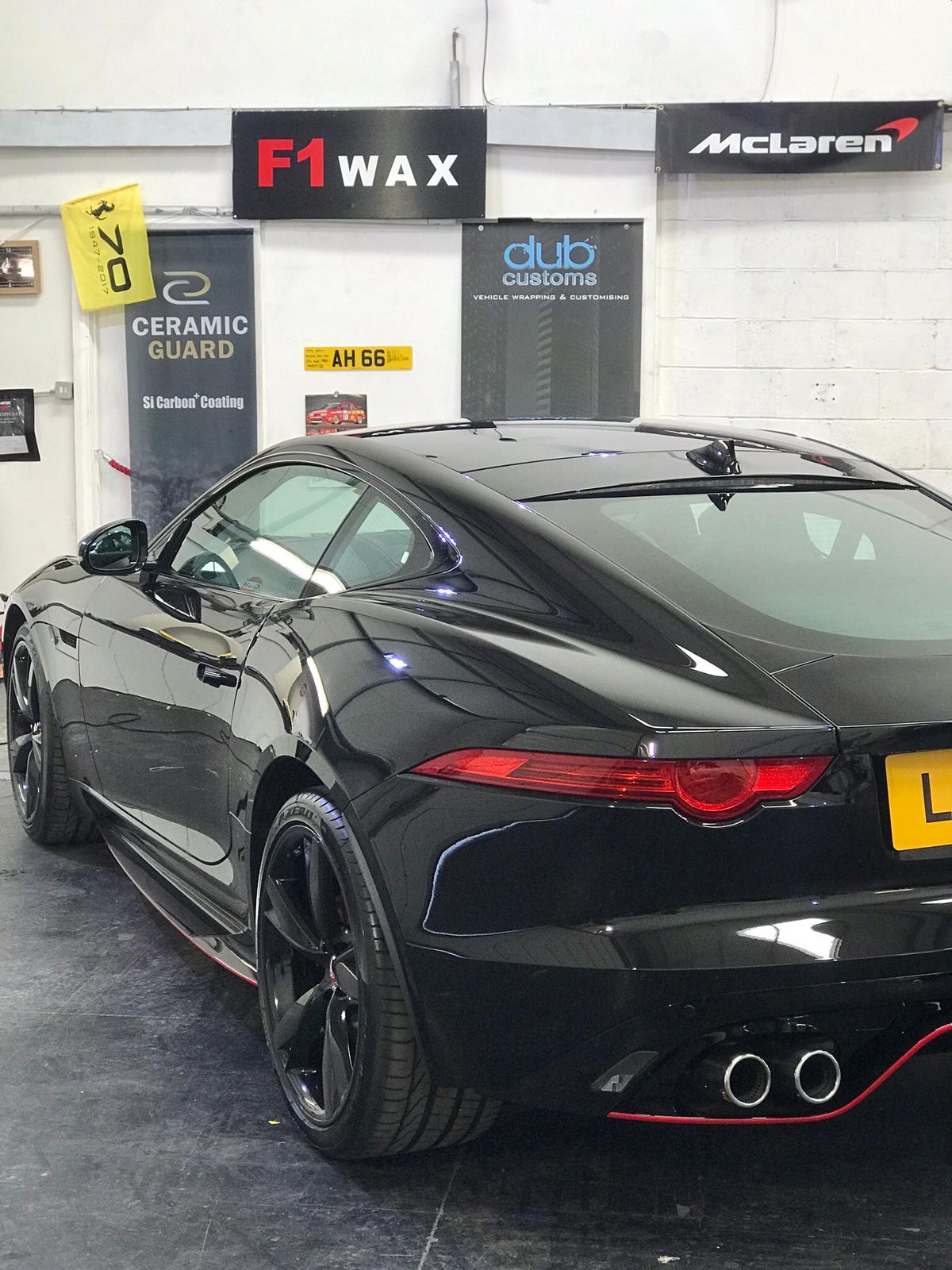 Not the best quality, but good angle 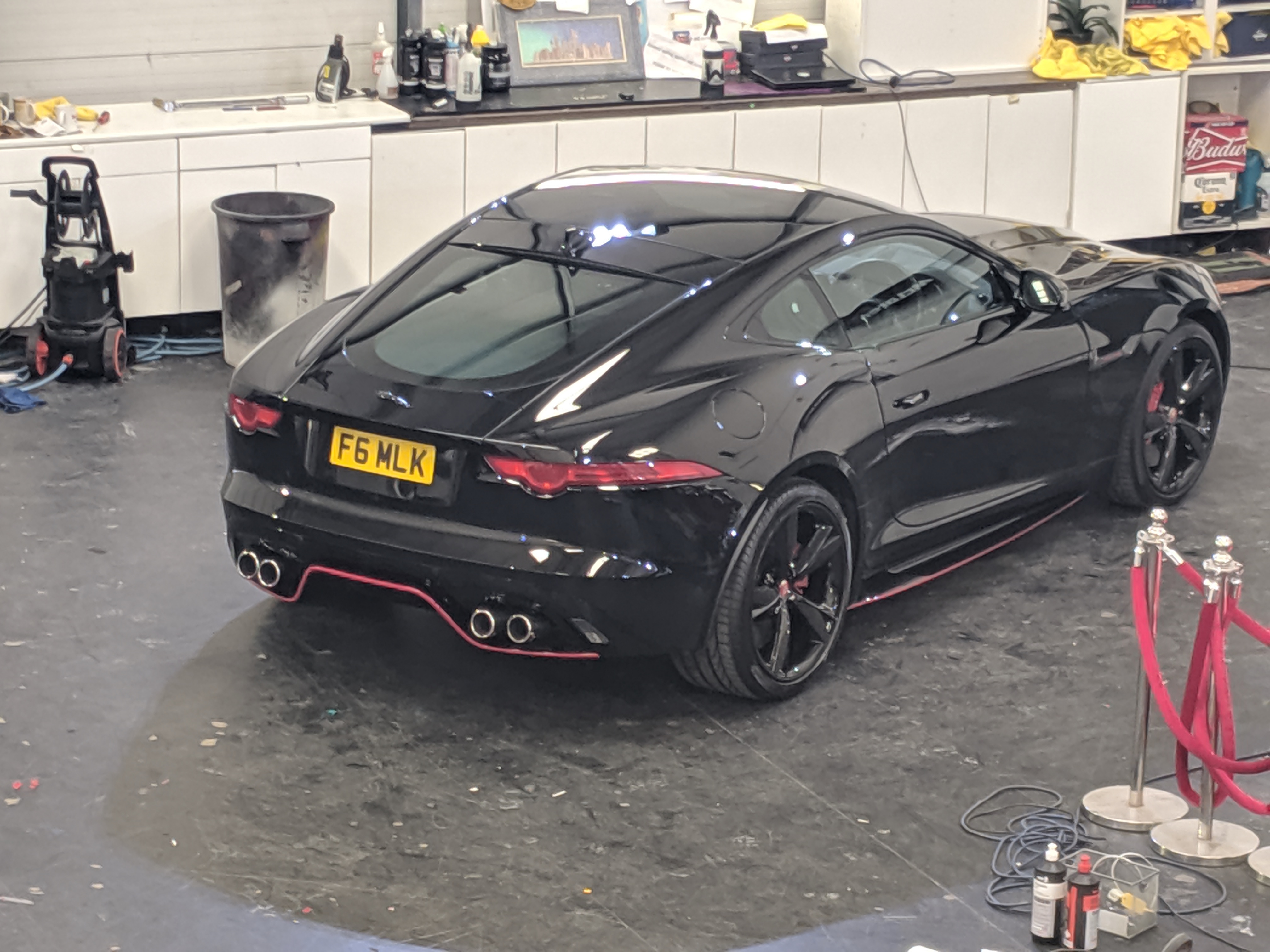 When I got back home, I took a few more pics, but lighting is not very good 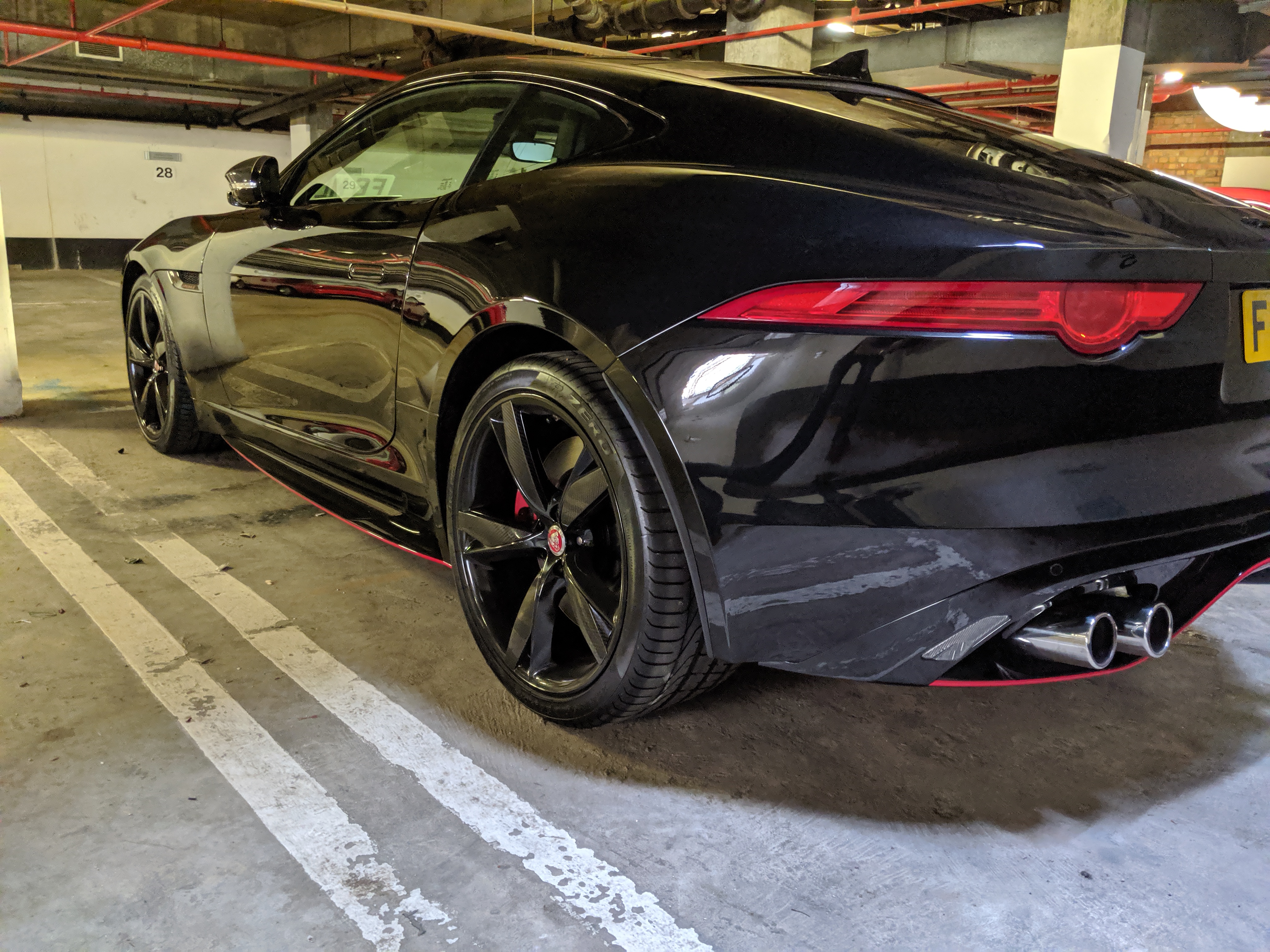 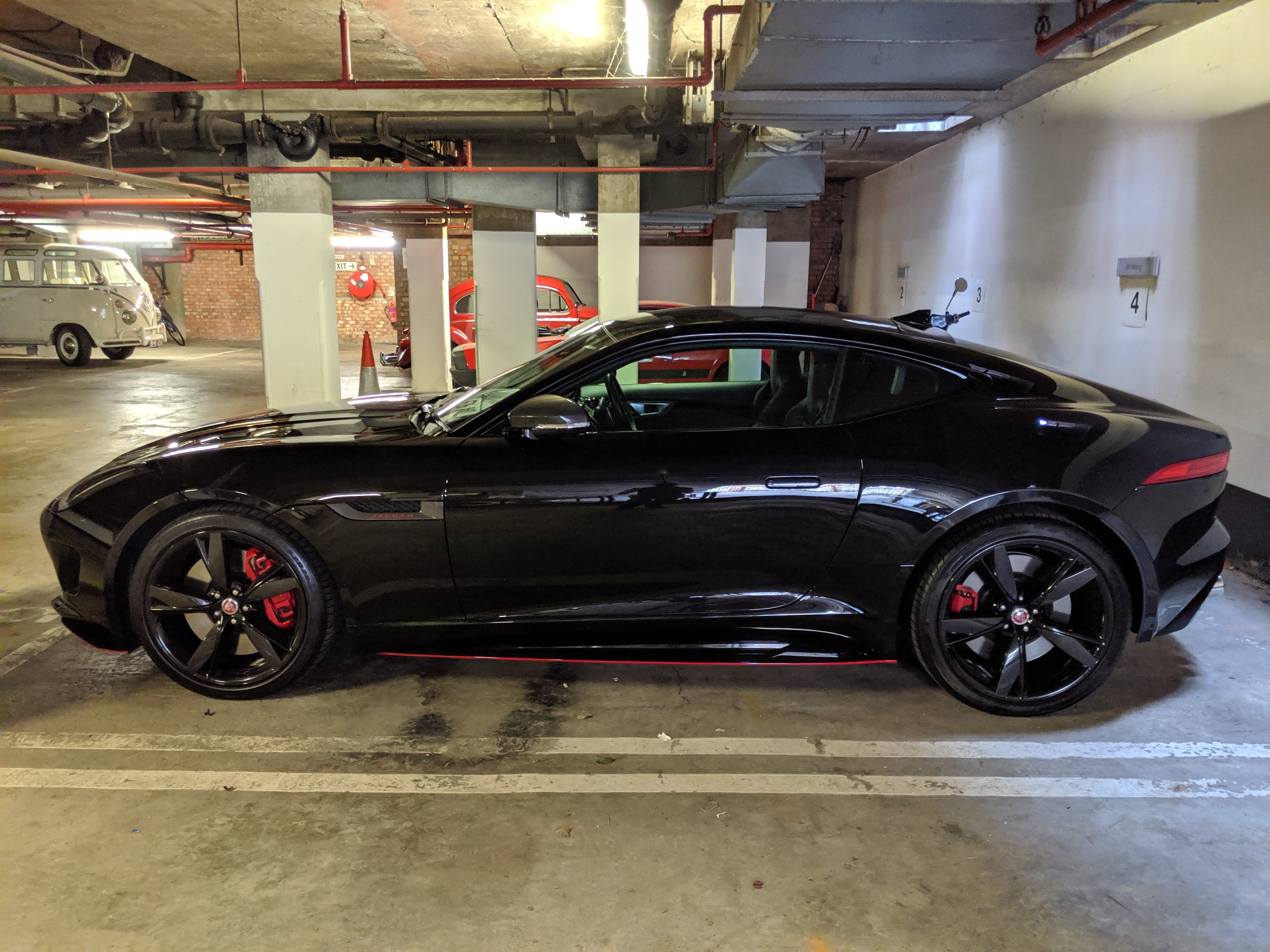 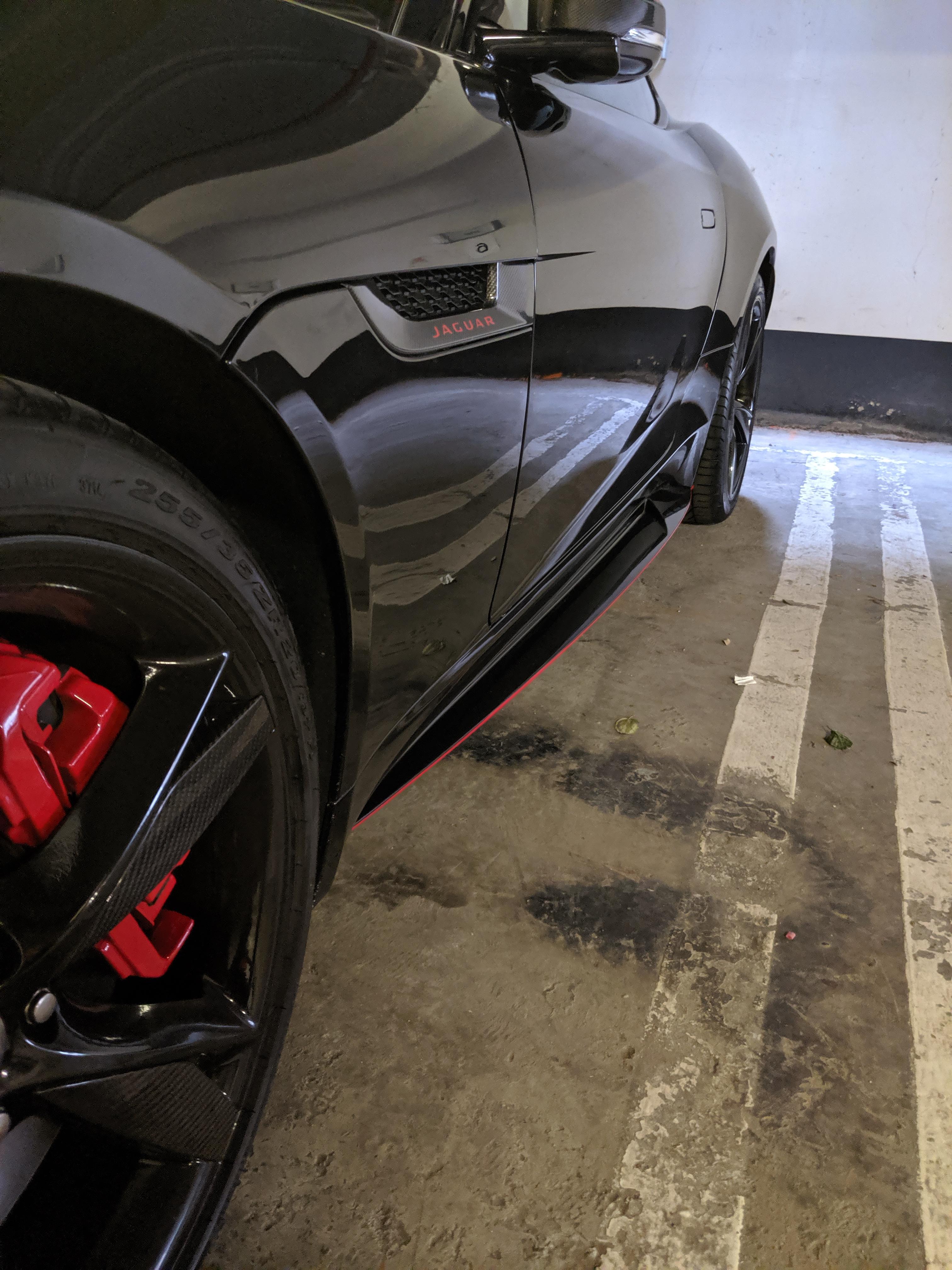 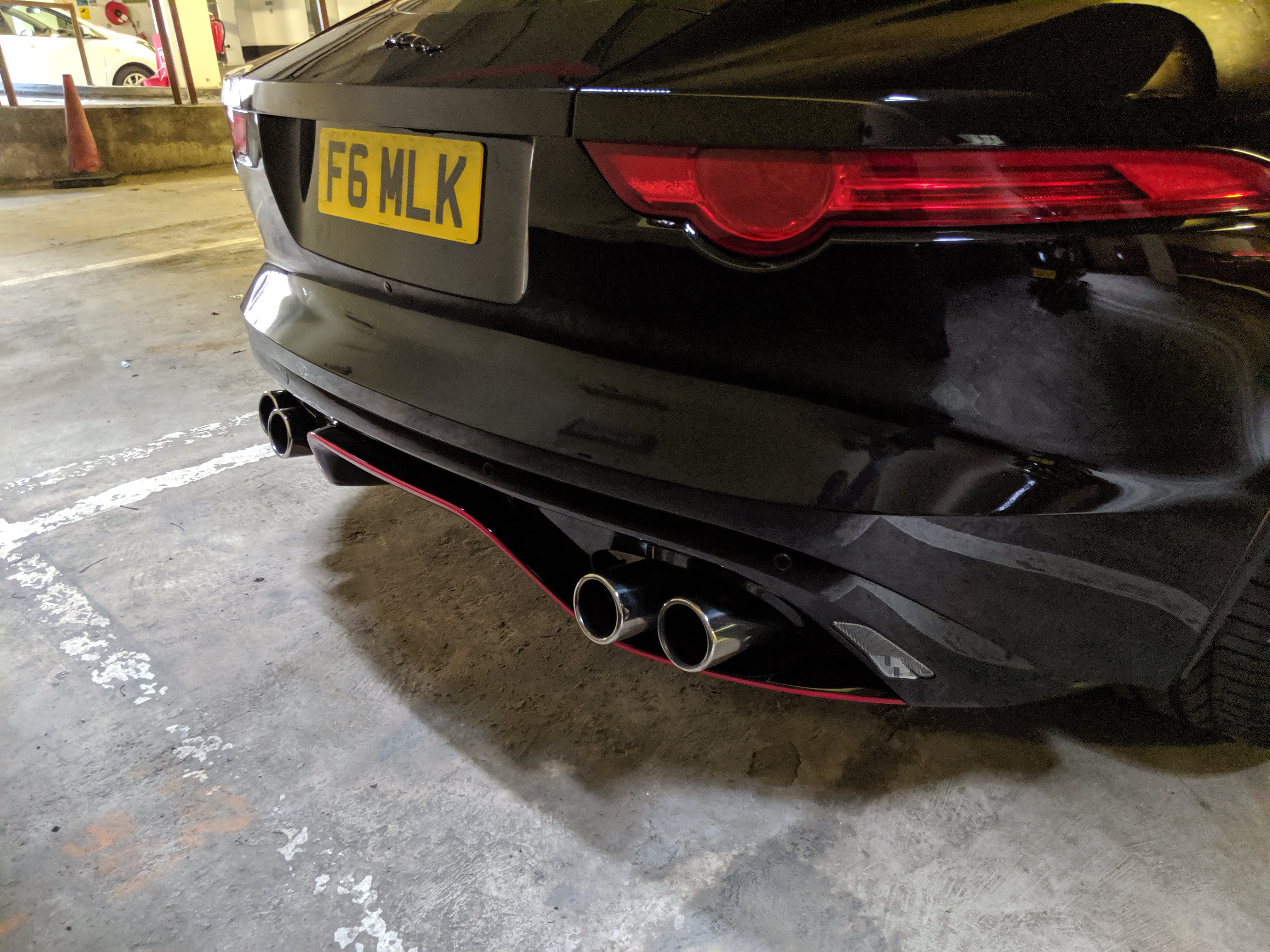 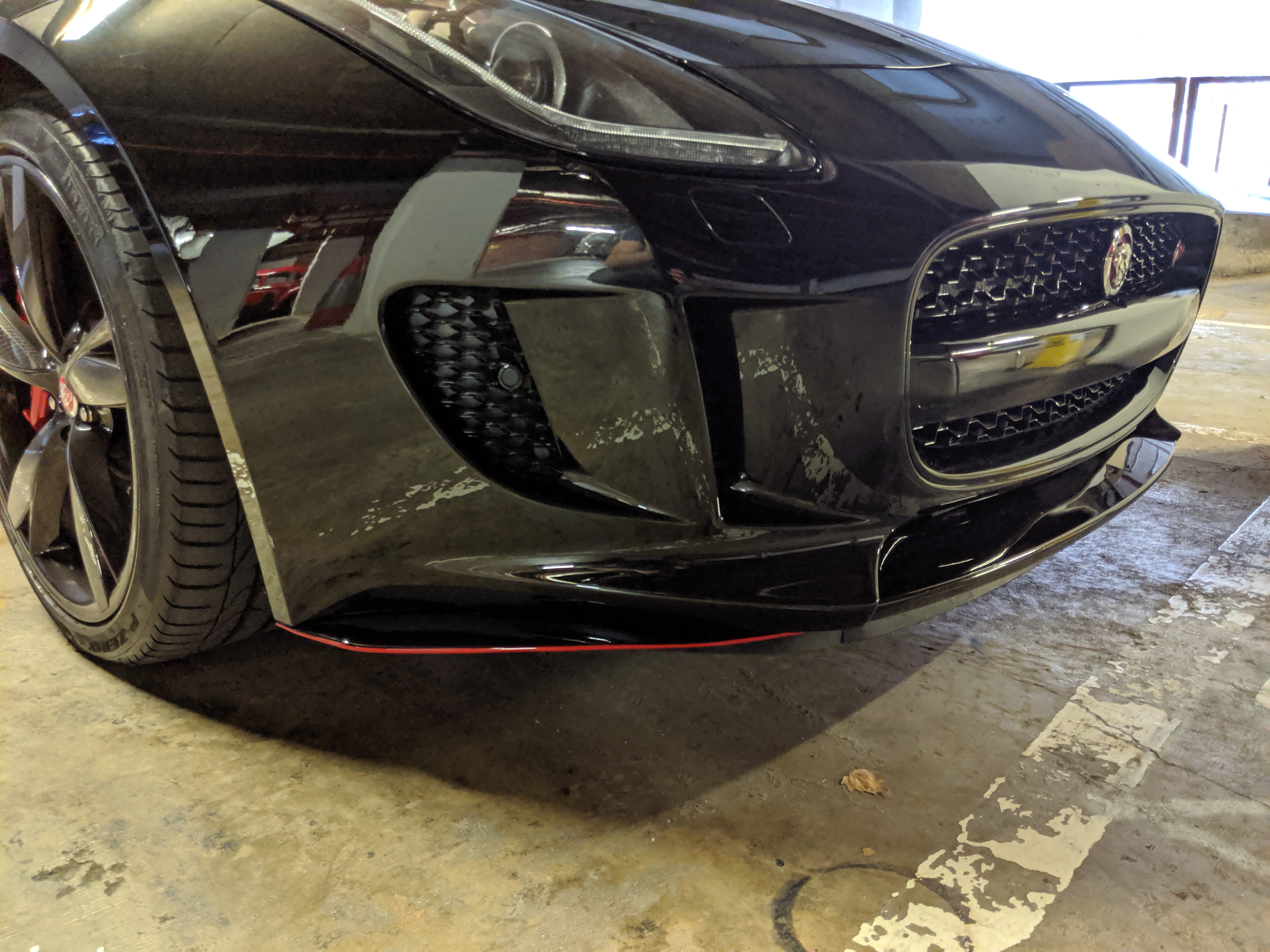 Here are some interesting details DUB have done

Front badge - I didn't like the green, and also in general not a big fan of the chrome (although I was ok to keep the chrome border to match the growler and the exhaust tips). We also wanted to match the car's theme, where we mostly have red and black available. This is what DUB came up with 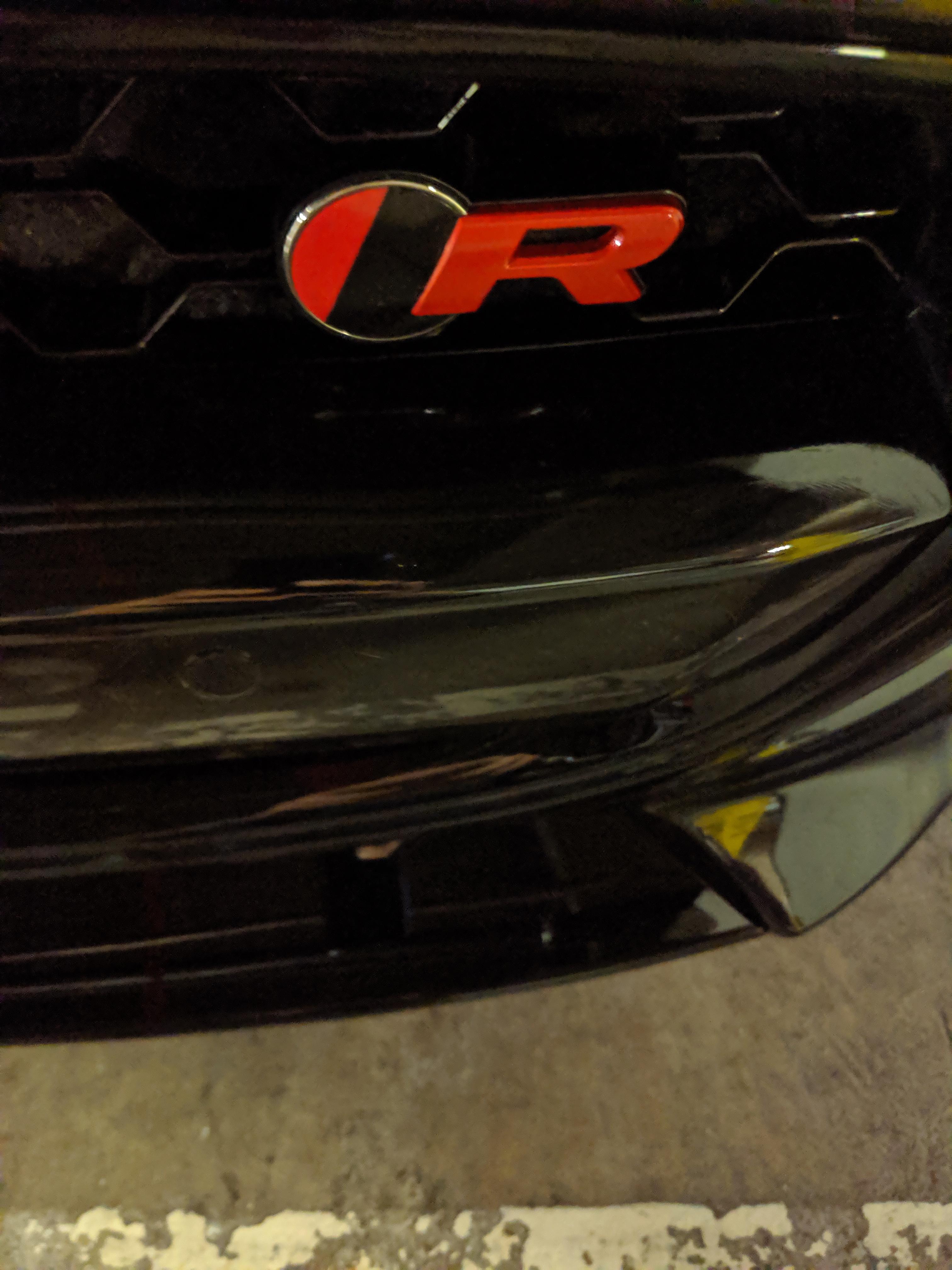 This is probably my favourite bit. Side vents got wrapped in carbon and they put PPF over it. Yes, real carbon looks better, but with the film over giving it a glossier look, it does look good. The red "JAGUAR" label looks good in person... I was initially worried that it would stand out too much, but it works very well with the pin stripe and calipers and is not too much in your face 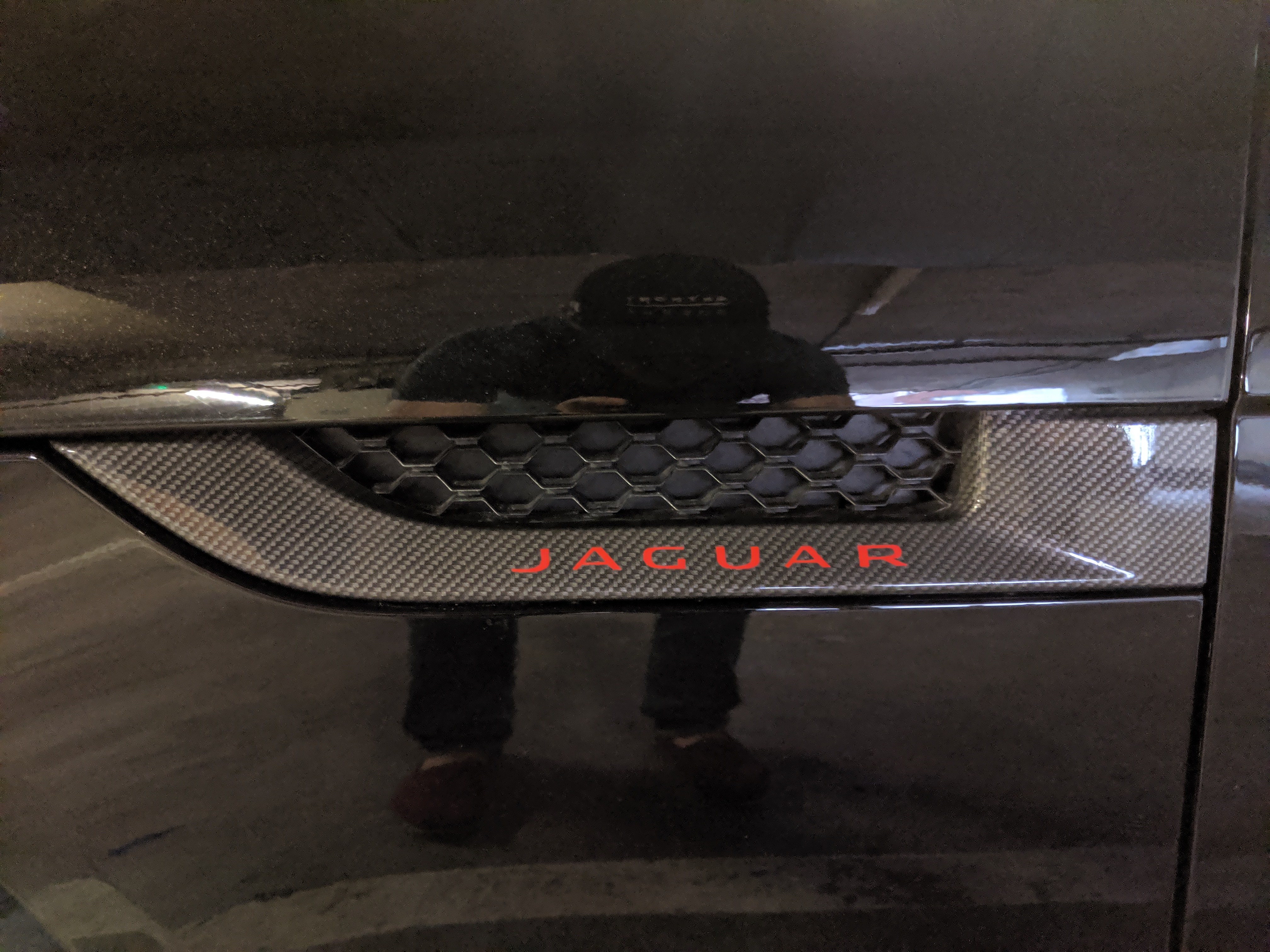 Same carbon wrap over the hood louvres and door mirrors, but rather than PPF, they put lacquer on top, again aiming for that glossy paint look similar to real carbon where you have a clear coat on top 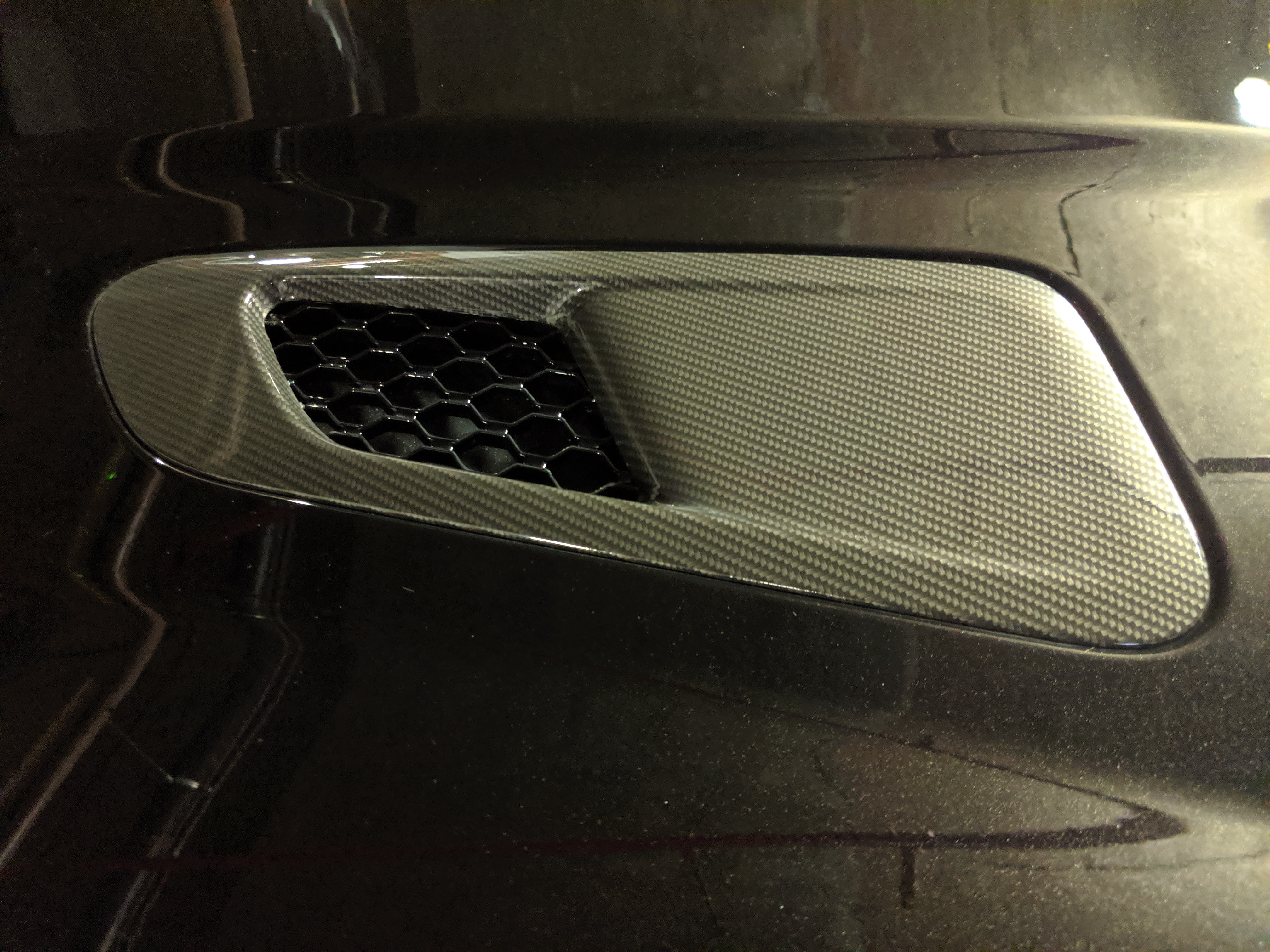 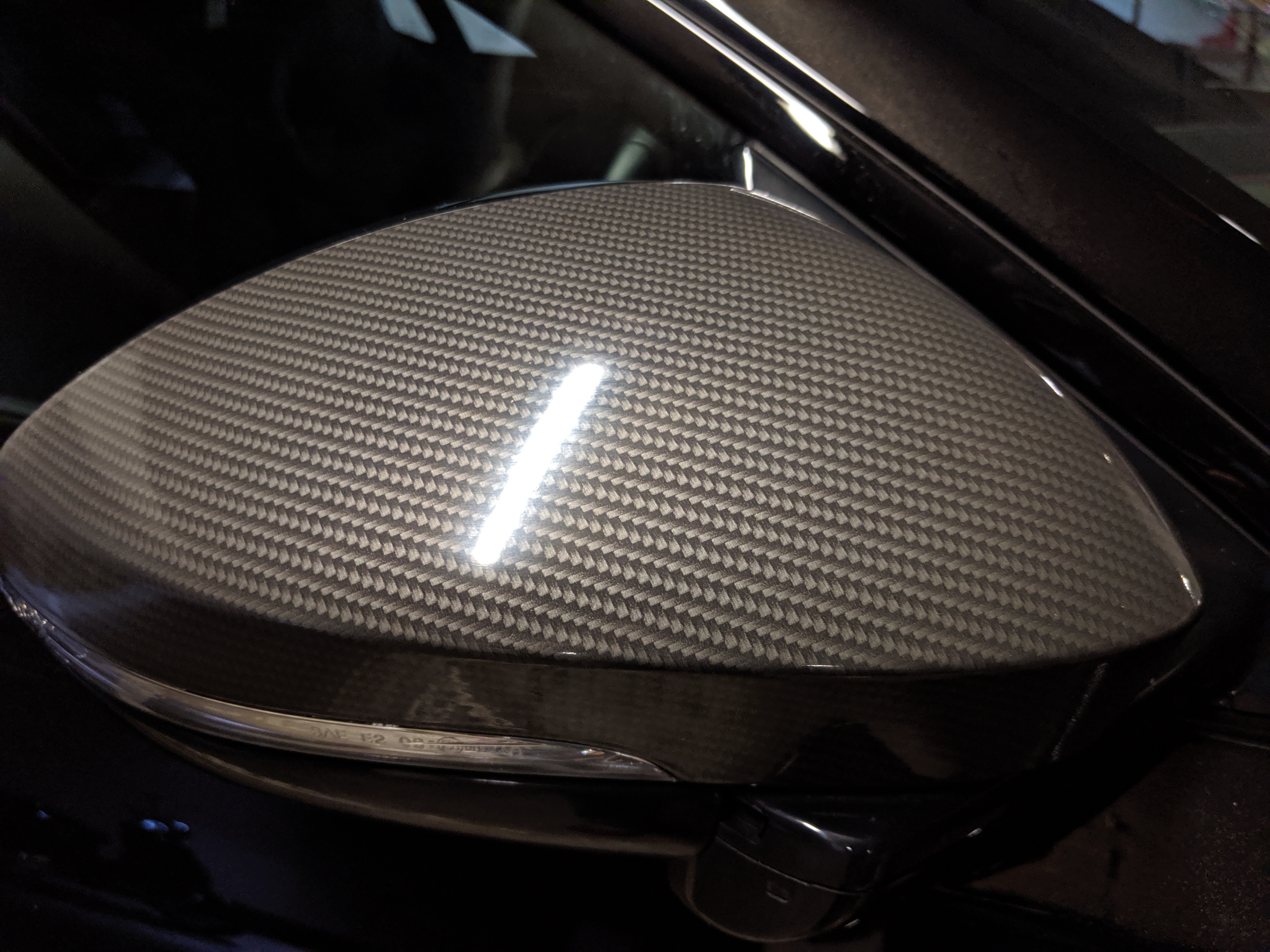 Last but not least, they fixed the holes in my front bumper bar. Basically sanded down the edges and wrapped the piece in black. Now i can put on my shorter plate without any visible holes 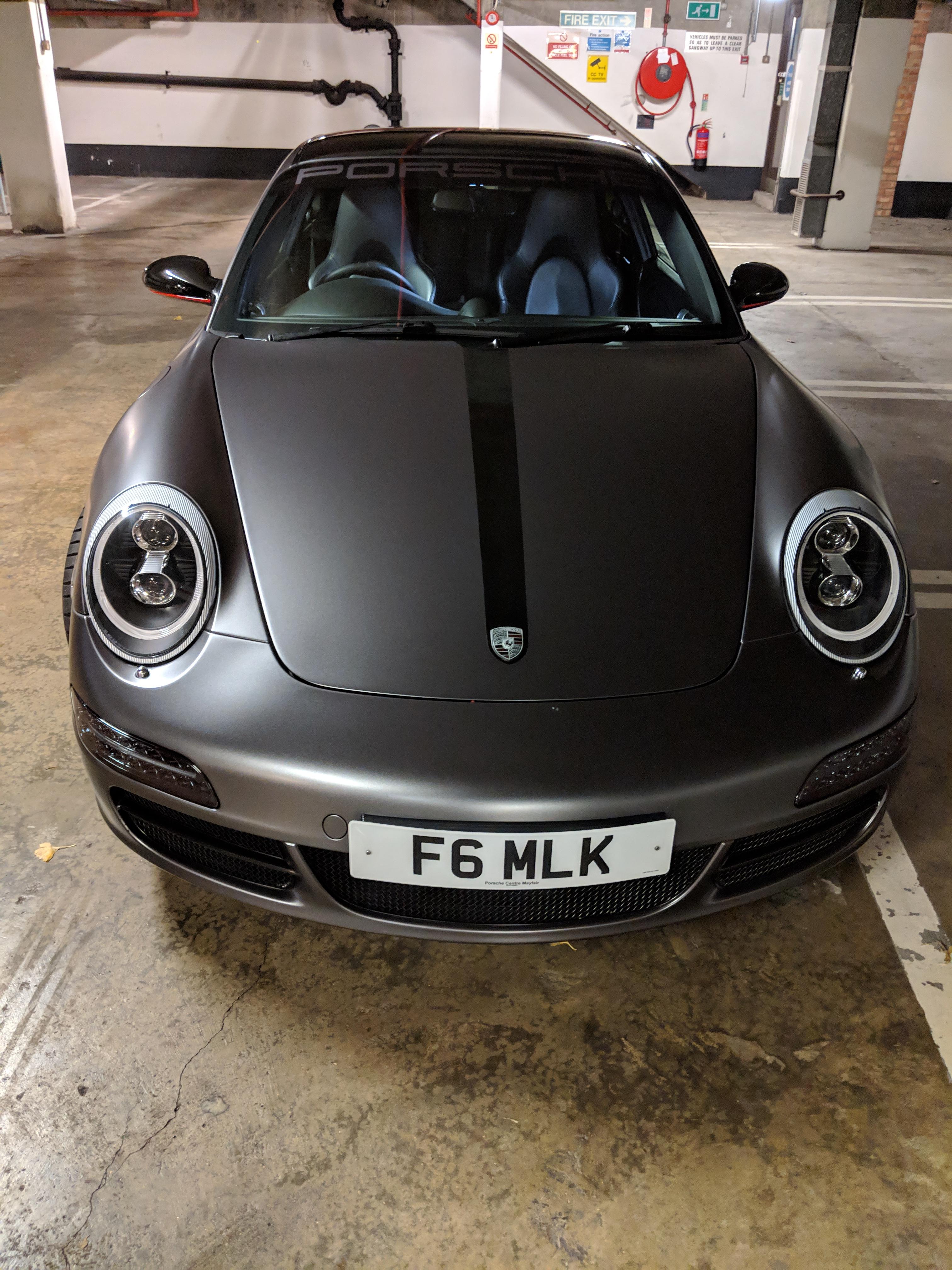 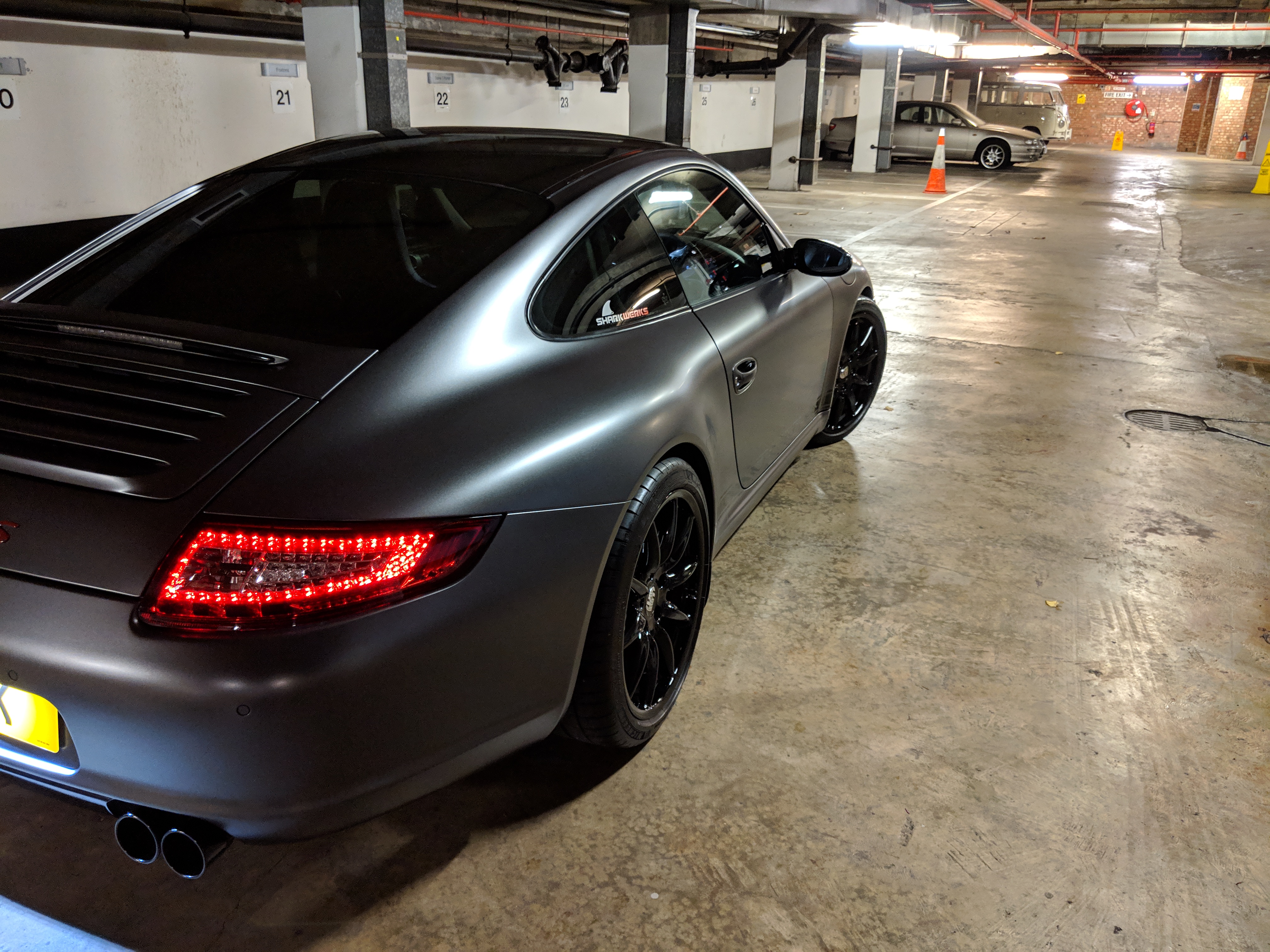 you have a big garage, how many car can you fit in it?
Top

I wish that the entire garage was mine, sadly just renting one space, but it's pretty empty on the weekends which is nice for detailing :p
Black F Type R AWD 2015
viewtopic.php?f=26&t=3764
Top

Copyright 2017. Not associated with Jaguar. The UKs Dedicated F-Type Forums.